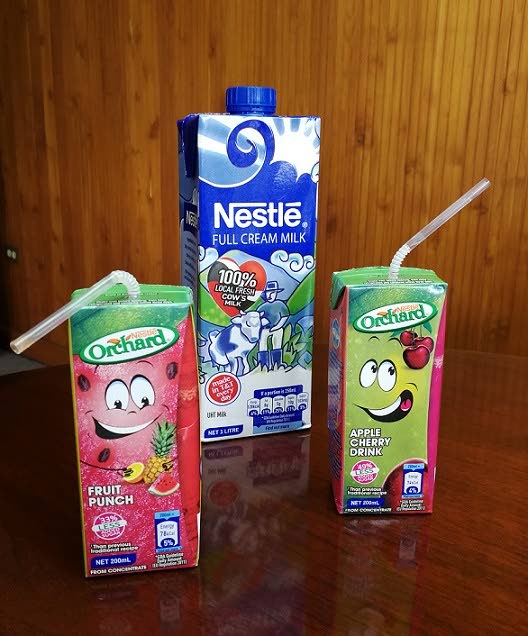 Nestlé Orchard juice is downsizing but not in the way you think. On March 23, Nestlé TT launched a 200 ml version of its line of fruit juices in response to customer feedback.

This is in addition to Nestlé having previously reduced the amount of sugar in Orchard juices by 40 per cent as part of its drive to make healthier products that taste great.

The importance of providing consumers with foods which meet their growing demand for healthy and convenience was a main point of discussion when Business Day sat down with Patricio Torres, Head of Market for Nestlé Anglo Dutch Caribbean Region. 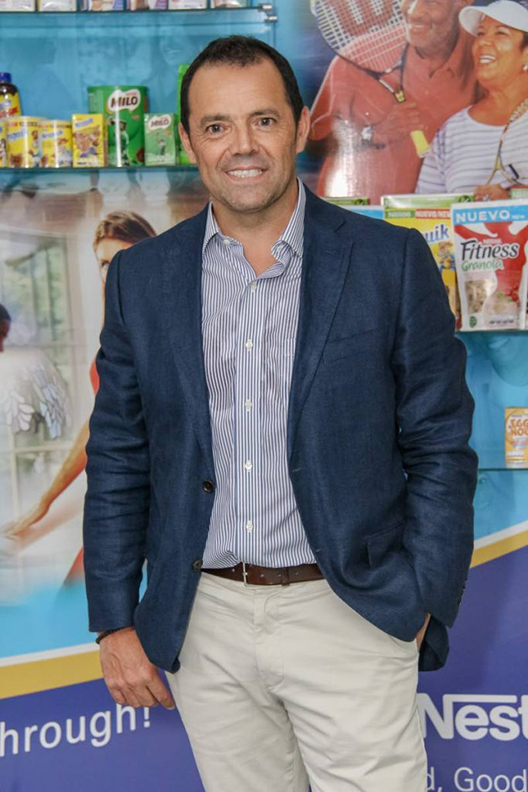 Having joined Nestlé in his homeland of Chile back in 1995, Torres assumed his new post within the transnational food and drink company, whose headquarters are in Switzerland, in September 2017.

"More and more, people are concerned about health and portion sizes. We already have the one litre and 250 millilitre (ml) Orchard juices. Now we are adding the 200 ml."

Orchard juice flavours include fruit punch, apple cherry and apple but the most popular flavour is orange.

Torres pointed out that the 200 ml size is "ideal" for children to take to school because parents can give them a juice to drink without worrying about either the sugar content or the amount of juice being consumed.

"It's also a good option for adults who want some juice but don't want that much to drink or are concerned about their (juice) intake."

"We also have the Orchard Calorie Conscious, which was endorsement by Diabetes Association of TT (in 1995) and has seen growth in sales since then. There's room for growth but I believe that soon, those functional products – lower sugar, lower calories – are going to be bigger here, as long as we keep great taste."

There was some initial negative feedback locally to the taste of Orchard Apple following the sugar reduction, which Nestlé addressed by switching from red apples to green apples in order to more closely match the original flavour.

"Even so, when you make such a change – 40 per cent sugar reduction – you might lose some consumers in the short term because they don't like the taste, so you need to educate them. It's a transition until they get accustomed to the new flavour but as a company, we believe that, we live that – that we have to offer better, healthier, products. I believe we have been, by far, the best and first company to offer new things for consumers. We are not followers. We are innovators and pioneers."

Another of Nestlé's products, Full Cream Milk, has a new look too. In February, the packaging for this 100 per cent local product was redesigned to more prominently display key information.

Namely, the former dark blue square with white text – 100 per cent local fresh cows milk – has been replaced by a red heart with one white and one black stripe, on top of which is the same text about the milk being from "our dairy farmers right here in Trinidad."

Another change is the inclusion, on the back of the milk carton, of the Forest Stewardship Council (FSC) logo, which lets consumers know the materials used in the Tetra Pak ((correct spelling)) were sourced from sustainable forests.

"We put this on the carton because we believe consumers not only prefer to buy local, they are becoming more and more environmentally conscious."

Seated in his corner office at Nestlé TT's Valsayn headquarters, Torres smiled when Business Day asked how much influence the competition has had on the company's decision to add resealable twist-caps to several products, including the cartons of Full Cream Milk.

"It's not just the packaging, it's a constant evolution of everything at Nestle, including working with suppliers to develop more environmentally-friendly packaging. Other companies are doing things and we are improving from that point."

"The beautiful thing about competition – without it you don't have the same incentive to make progress. There are some competitors who are doing a very good job. They are a good motivation to continue improving but no, we are not followers as a company."

They include Nescafé Gold blend coffee and the original milk chocolate flavour of Kit Kat.