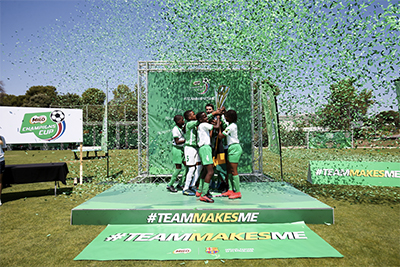 The teams consisting of 6 boys and 2 girls vied against teams from Chile, Colombia, Eastern & Southern Africa, Indonesia, Malaysia, Sri Lanka, Thailand and Vietnam in the group (League) phase of the competition. After each team played the other in the League on August 1st and 2nd, team Trinidad & Tobago and Team Jamaica emerged winners via a tie; both teams having amassed the highest number of match wins and goal differences. 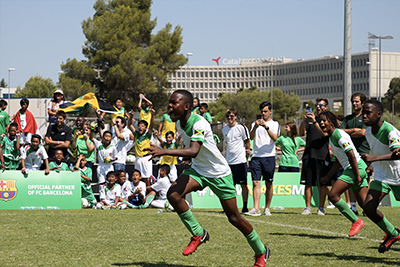 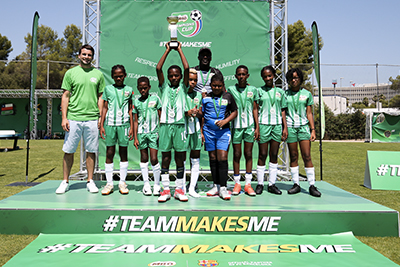 After the MILO Champions Cup Final, the teams enjoyed a fiercely competitive match between FC Barcelona and Arsenal at Camp Nou on Sunday August 4th before beginning their journey back on August 5th. Head Coach of Cox Academy Dennis Cox who accompanied the girls and boys expressed great pride in his youngsters for their fearlessness and lauded Nestlé and FC Barcelona for providing the children the opportunity to not only visit Spain, but to participate in an activity with one of the most revered football clubs known today.

About the MILO Champions Cup
On Monday November 21st, 2016, FC Barcelona and NESTLÉ MILO® officially announced their new 4-year sponsorship deal - the first agreement of its kind for NESTLÉ with a sports club. The announcement was made at FC Barcelona’s Training Grounds, Camp Nou. As part of the partnership, Barça and NESTLÉ, which celebrated its 150th anniversary in the same year (2016), will join forces to promote the importance of education, nutrition and sport. Through the partnership, these two well-known brands will conduct a series of initiatives across Asia, Oceania, Africa and Latin America, impacting the lives of over 22 million youngsters in their formative years (7 to 12).