Nestlé has made progress in recent years increasing the number of women in managerial positions. Today, 43% of these roles are held by women. With its Gender Balance Acceleration Plan, Nestlé will now put further emphasis on increasing the proportion of women in the group’s top 200 senior executive positions from around 20% currently to 30% by 2022. This is another step in Nestlé’s journey towards gender parity.

Gender Balance has been a priority for Nestlé since 2008, and we have already made progress:

The acceleration plan aims to increase the proportion of women in top 200 senior executive positions to 30% by 2022. To achieve this we are taking these actions: 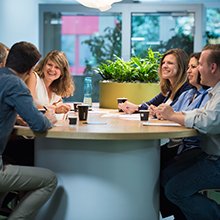 In September 2018, we pledged to accelerate the pace toward equal pay for equal work.

We made the announcement at an event on the margins of the September 2018 UN General Assembly in New York.

Organized by the Equal Pay International Coalition, the event aimed to build a consortium of partners committed to closing the gender pay gap and achieving equal pay. 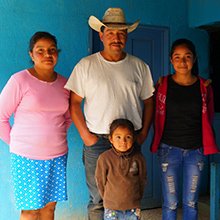 The analysis tool was created in partnership with TechnoServe as part of our Nespresso AAA Sustainable Quality™ Program to help us understand gender equality within the coffee supply chain. In 2017, we tested it in Indonesia, Guatemala and Ethiopia, and reported the results at the end of the year.

Using these insights, we developed a gender equality strategy for our AAA Sustainable Quality Program. Through this, we aim to empower women and reduce gender disparities.

Through the Nestlé Cocoa Plan, we have looked to support women who want to grow their own cocoa in Côte d’Ivoire – like with AFPCC, a co-operative of around 600 women led by Agathe Vanié.

In 2010, it joined the Nestlé Cocoa Plan and we provided them with high-yield, disease-resistant seedlings.